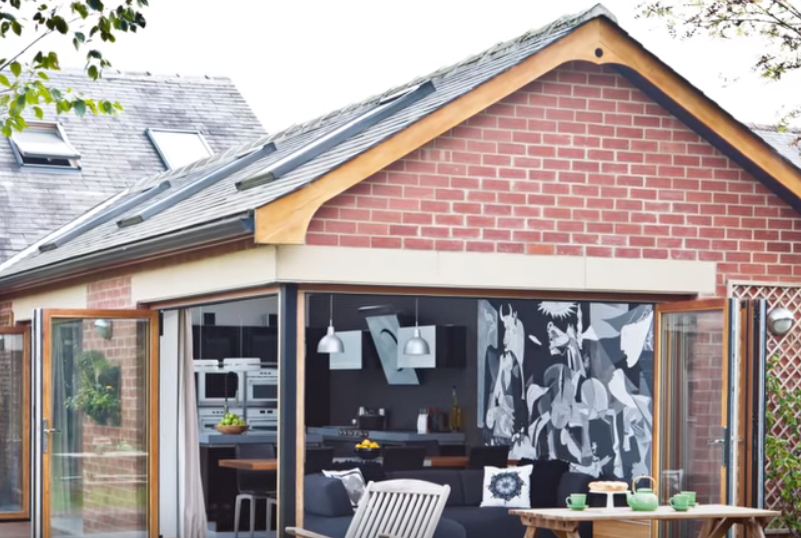 Adding an extension to a house is by no means a minor construction project. It is major construction, which is why extensions cost tens of thousands of pounds. You could easily spend more than £100,000 if you wanted a large extension built with the most expensive materials.

The most basic extensions start at about £25,000 and go up from there. When you consider all of the projects done across the UK within the last year, the median price range is £22,900-£76,000. The average project cost comes in at about £45,300. These are all-inclusive costs that account for materials, labour, architectural and design services, permits and fees, etc.

The first budgetary concern when estimating the cost of an extension is the kind of extension you want. There are multiple things to consider, beginning with single or two-storey. The average price for a single-storey extension right now is between £25,000 and £37,000. Two-storey extensions cost more. Expect to pay between £45,000 and £76,000 on average.

Next is the purpose for the extension. For example, an extension off the back of your house may ultimately become your kitchen. In addition to the cost of the extension itself, you also have to add in the extra costs of building a new kitchen. You might be looking at upwards of £5000-£10,000 for the kitchen itself.

A two-storey extension may increase general living space on the first floor along with providing an extra bedroom on the second floor. You may not have any additional expenses on top of the cost of the extension itself because the created space is wide open and flexible.

Next on the list of considerations is the primary framing material for your extension. Perhaps you are looking to add a single storey glass extension with great views of your garden. A 3 x 3.5 metre glass room with sliding doors on three sides will run you about £18,000 including VAT. You will spend upwards of £20,000 on a 6.5 x 4 metre extension.

Timber extensions are quite a bit more expensive for a number of reasons. First, timber framing materials cost more. Second, there is a lot more labour involved. And third, timber extensions almost always include electrical and plumbing work.

One last option is to choose a prefabricated or flatpack extension. Prefab extensions run anywhere from 10% to 25% less than building with glass or timber from the ground up. The downside to prefabricated extensions is that your options are limited.

The direction in which you build influences cost significantly. Let’s say you’re building out from the back of your home. You will be spending money on preparing the land for the extension. This may mean grading the land and putting down a foundation. It might also mean shoring up parts of the existing foundation as well.

If you are building up by extending existing a single-storey space, there will be costs involved with shoring up your home so that it can support a second storey. This could mean anything from reinforcing existing timbers to doing work on the foundations.

Finally, there are the costs of building both out and up. You will be preparing the land, cutting into existing walls, making structural changes, and so forth. It all adds up.

One last thing to think about are incidental costs. For example, you may want to hire a project manager rather than attempting to manage things yourself. A project manager’s job is to coordinate every aspect of the project from the moment the architect begins working on it until the day the project is complete.

Other incidental costs include things like architectural fees, insurance costs, and bank fees related to the money you will borrow to build your extension. Then there are those little things you never think of, like hiring skips to handle the waste your project generates.

The estimated cost of a single storey extension is between £1,350 and £1,950 per square meter. If you live in London and the South East, then the cost will be between £1,800 and £2,300 or more per square meter. These are the prices if you expect your extension to be of good quality. If you only have a lesser budget, then you can go for the basic quality. However, if you have a bigger budget, then you can choose premium quality.

For instance, the cost for a 5m x 5m extension will probably be around £32,000. However, if you are in London, then it could run up to £50,000 or even more. Take note that this amount is just for the construction of the extension. You need to allocate between 10% and 15% for planning preparations, building regulations, professional fees for the architect, etc.

Also, don’t forget to include the VAT. On the overall, the minimum cost of a single storey extension is about £40,000 and in London, it will be around £67,000. It is advisable that you should get at least three quotes from builders near you.

Staying within Your Budget

Exceeding the budget is fairly easy on home extension projects. There are just so many working parts that it is easy to lose track of how much money you are spending. Here’s the most important thing you need to know: the structural elements of your project are not negotiable. Any structural improvements or changes that need to be made are going to cost whatever they cost, period.

If you find that you are running the risk of exceeding your budget, the place to cut costs is your choice of non-structural materials. In other words, you can choose less expensive flooring, windows, window treatments, etc. You can reduce the total footprint of the extension if necessary.

Assuming you will be going to a bank to finance your extension, know that the amount of money you will be able to borrow has limits. Any cost overruns exceeding the loan amount will come out of your pocket. What does this tell you? It tells you to stay within your budget no matter what.

The best way to ensure this happens is to hire a project manager with plenty of experience in home extensions. That manager will have access to contractors, architects, and others capable of giving you what you want within your stated budget. And if they don’t, it’s your job to put your foot down.

Extensions are the most costly of all home renovations. But if you have the money to spend, an extension is a great way to increase your living space without having to buy a new home.