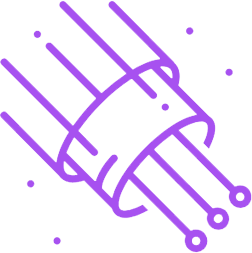 “Broadband only” deals are mainly composed of internet connection. This means that it does not include any other additional services like home phone or a TV bundle, which are often offered by most broadband providers.

If you don’t need a home phone, TV bundle or any additional services, then why should you pay more? With broadband only deals, you only pay for what you need. It’s also a great way of saving some money since it’s much cheaper.

What are the benefits of broadband-only packages?

One of the greatest advantages of broadband-only deals is that they’re very cheap. If you are looking for ways to reduce your expenses, then this is the best deal for you. Moreover, since they are not bundled with any other services, then most likely you won’t end up paying for a service which you don’t even need. Compared to more complicated bundles, broadband only packages are much easier to understand.

Which providers are offering broadband only deals?

On the other hand, when it comes to outstanding customer service, Plusnet is the best. At the same time, it’s broadband only package is also great. They offer a variety of package including an ADSL broadband deal with an average speed of 10Mbps. For the fibre broadband package, you can either choose an average speed of 36Mbps or 66Mbps.

Finding The Best Broadband Only Deals

Will you go for unlimited broadband or usage limit?

Most people right now would prefer unlimited rather than the fixed package. But is this the right package for you? Well, you can definitely go unlimited if you have several gadgets which are using your internet connection. Also, if you are regularly playing video games or making video calls. The unlimited broadband package is perfect for a large family. On the other hand, a usage limit is only ideal for a single user who only uses internet connection for checking emails and social media.

What broadband speed should you choose?

When it comes to broadband speed, there is a wide range of options that you can choose from. It is significant that you must choose the right one for your home. The slowest and the cheapest one is the standard ADSL which gives you a download speed of 10Mb or so. This is ideal if you are only using your internet for checking emails and occasional browsing. The best choice for a fairly large family would be fibre optic packages. This can provide a speed of 24Mb or more. Choose this deal if you are making a lot of video calls or if you require a decent internet for your work. Ultrafast broadband deals are perfect if you have a large family who has lots of gadgets. With a download speed of 300Mb and above, you won’t have any problem using several devices at the same time.

How many people will be using a broadband connection?

Your internet connection will tend to slow down if there are a lot of people using it at the same time. Hence, if four or more people in your household are using your internet at the same time, then you should choose fibre optic broadband. This is capable of handling the workload and you can guarantee that your speed won’t drop down.

Popular Searches For Broadband Only

Scroll to read about the benefits of going through us

90%of our users would
recommend us to others!

Online Comparison With A Twist

Compare Hare prides itself on being the fastest online comparison tool on the web. We try to compare more than every other comparison site and show you prices as fast as possible.

We are always open to feedback so feel free to get in touch if you feel we can improve our service in any way.

Scroll for more information and guides about bank accounts

A business bank account is essential for any business – whether you are a contractor or a large firm with thousands of employees. There are many business account options with different account features based on your specific needs, including overdraft options, online banking, free business banking and interest on in-credit balances.