How Much Does Double Glazing Cost? Updated for 2020 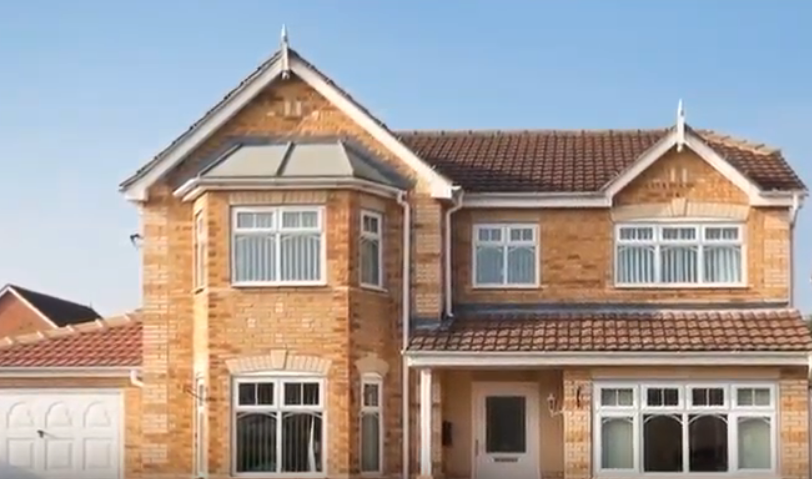 Replacing older windows with new, double-glazed windows is generally viewed as a good investment for homeowners looking to make their homes more energy efficient. Double glazing is not a specific kind of material, though. Rather, it is a technique for manufacturing windows. Double-glazed windows are now the standard for new construction.

The average cost of double glazing at the start of 2019 is approximately £300 per window for a standard UPVC model. When you include the cost of labour, installation of six windows can approach £2,500. Again, this is assuming UPVC frames. Wooden frames cost more, but they also last for 30-100 years as opposed to the 15-20 years for UPVC.

An Explanation of Double Glazing

In the days before double glazing, manufacturing a window was fairly straightforward. The manufacturer would construct the frame and sash using either wood or some other material. The glass would be cut, the frame would be installed around it, and the sash would be added to hold everything together.

Such single-pane construction was adequate for the day, but that was in an era when energy efficiency wasn’t a priority. Things are different today. Not only is energy efficiency a priority, but we’ve come to understand just how inefficient single pane windows are.

A single-pane window is energy inefficient because heat exchange occurs through the glass. Let’s say it’s cold outside but warm inside. Nature dictates that the air on both sides of the window wants to be the same temperature. As such, the glass acts as a heat exchanger that pulls heat out of the home and transfers it outdoors.

Even though a single pane of glass acts as a heat exchanger, there is some loss of energy whenever heat is drawn from one space and transferred to another. In other words, 100% of the heat inside a warm home cannot be transferred through a window to the outside. The principle of thermal resistance won’t allow it.

Designers take advantage of thermal resistance with double glazing by placing an insulating pocket of air between multiple panes of glass. This creates a situation in which less heat energy is transferred from one space to the next. Double glazing prevents heat from escaping during the winter and being drawn in during the summer.

Another benefit of double glazing is that of maintaining a more consistent glass temperature. Again, consider what a single pane feels like during the dead of winter. You do not even have to touch the glass to feel the cold. Why? Because the glass is cold enough to make the air around it cold.

Before moving on to the installation of double-glazed windows, there is one more benefit of double glazing you should be aware of: noise reduction. Not only does the layer of air trapped between the two panes of glass create thermal resistance, it also dampens noise.

In the case of the double-glazed window, soundwaves encounter different densities between the two panes of glass and the air between them. These different densities reduce the effectiveness of the soundwaves as they travel from surface to surface, thereby dampening them. The long and short of it is that double-glazed windows make for a quieter home.

How Much Does Double Glazing Cost?

However, for large semi-detached houses or smaller detached properties that include 12 windows, your estimated budget should be between £4,900 and £7,600 if you want your old windows to be replaced with brand new double glazing windows. Take note that these costs are based on the prices from smaller, local suppliers.

Although larger suppliers can still deliver the same quality, yet smaller suppliers offer lesser prices since their overhead costs are a bit lower. This is because smaller suppliers do not have advertisement costs, salesmen’s commissions or large showrooms.

Since double glazing requires a large amount of money, then you have to make sure that you are getting the highest quality at a lower price if possible. Just as we mentioned earlier, the price for a 12-window installation is £4,900. However, if you can get suppliers to compete with each other then you can probably get a lower price of £4,000 using the same high-quality products. Within this budget, you can even request for several features such as frosting for the bathroom or a fully fitted uPVC front door. Compare prices from different double glazing companies so you can get the best deal.

It is assumed that homeowners hope for easy installation when replacing windows. In a perfect world, that would be the case every time. Installers would simply walk into a room, spend 10 to 15 minutes removing the old windows, then pop the new windows in place and button everything back up.

Sometimes installation is that easy. Other times it is not. And when it’s not, installation costs can begin to rise. As such, contractors tend to offer conservative estimates when pricing out jobs. If they are smart, they also let customers know that costs could increase if demolition reveals additional work that has to be done.

Installation may cost more if:

The good news is that installation of double glazing is pretty straightforward in most cases. It is rare to have a situation in which cost overruns increase the final price to the point of being unaffordable.

If you are thinking of installing double-glazed windows in your home, adhere to the principal that says knowledge is power. Take some time to research double glazing and how it works. Take the time to shop around and compare quotes. When you are ready to proceed, get at least three quotes from reputable contractors.

Double glazing can make your home more energy-efficient and beautiful at the same time. But choosing new windows and a contractor without doing your homework could mean that you pay more than you have to. So don’t rush into things. Take your time and make a decision you will be able to live with long after installation is complete.