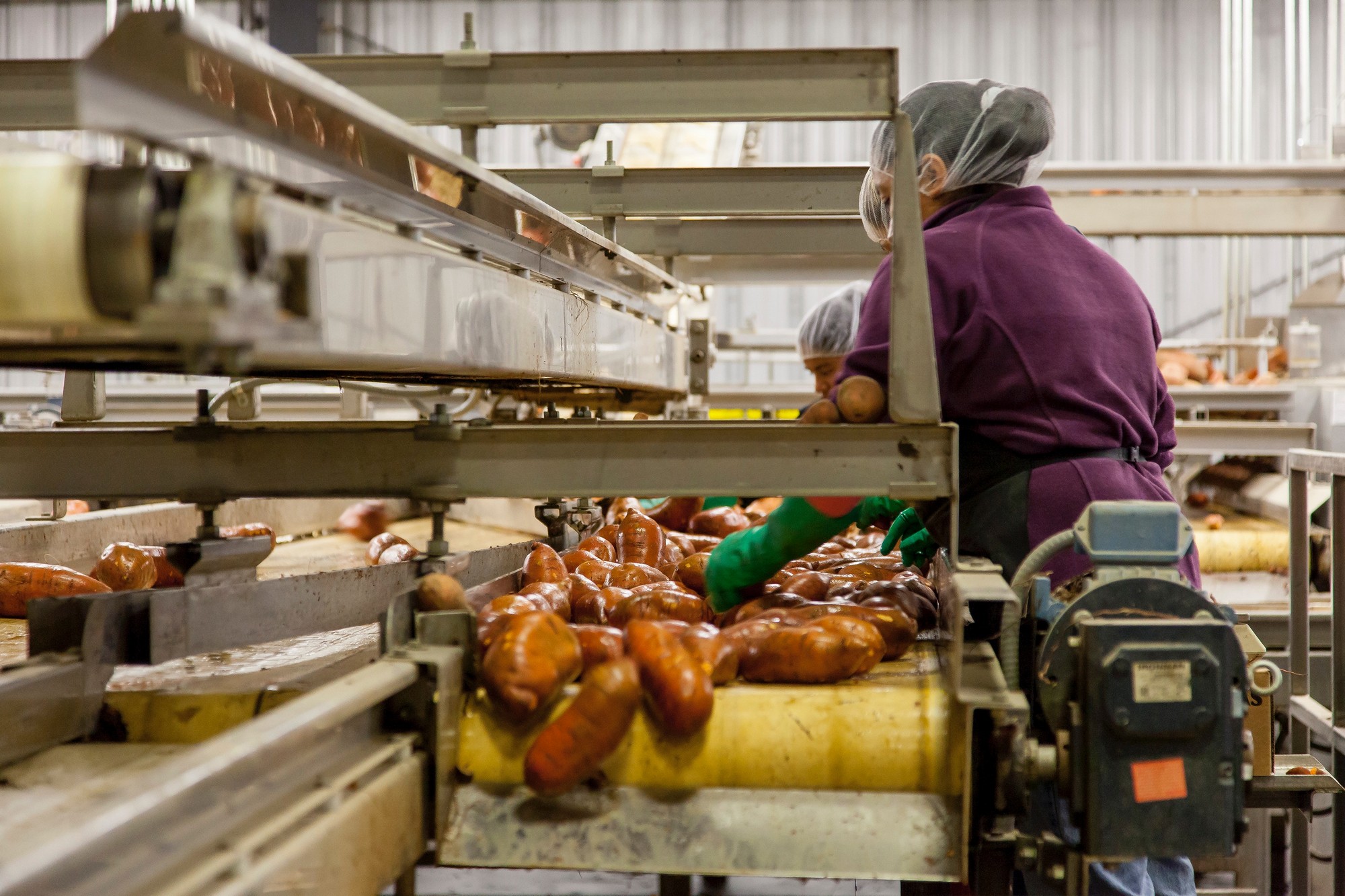 Indeed, the manufacturing sector has played a significant role in the evolution of the U.S. economy. At the same time, it provides more employment opportunities to U.S. workers. The good news is, at present, the U.S. manufacturing industry is continually progressing. Here, we have gathered the top 20 facts about manufacturing to prove this.

The Effects of Manufacturing on the Economy 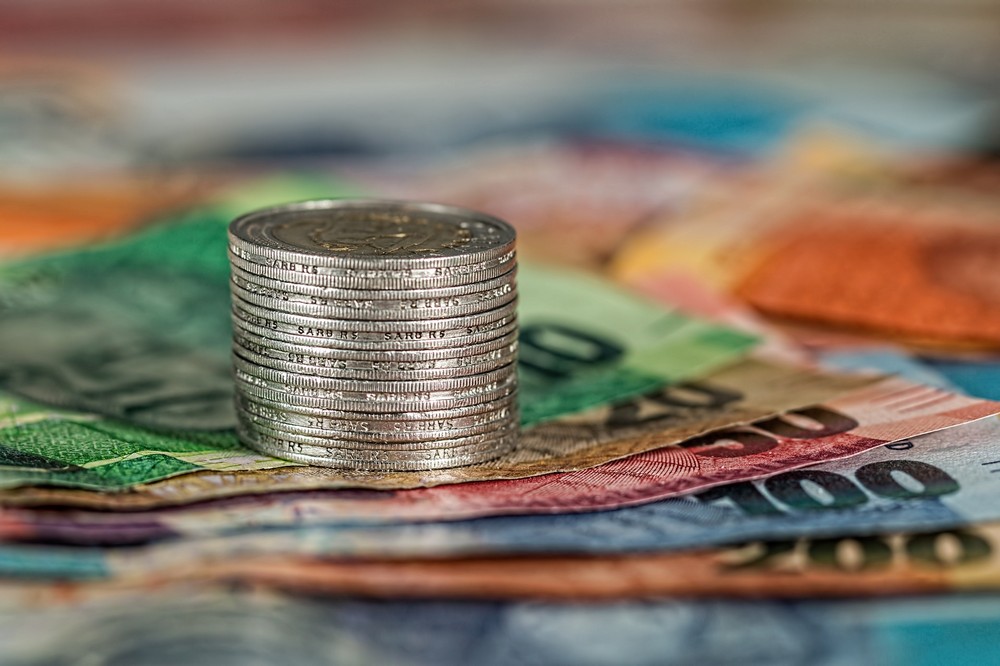 1. Based on the latest data, in 2016, manufacturers made an enormous contribution of $2.18 trillion to the U.S. economy.

According to the Bureau of Economic Analysis, this number has continued to increase since 2009, wherein manufacturers made a contribution of $1.70 trillion. During the same period, value-added durable goods output from manufacturers also rose from $0.87 trillion to $1.20 trillion. While for nondurable goods output, it grew from $0.85 trillion to $1 trillion. It is estimated that the manufacturing industry contributed 11.7% of GDP in the economy. In January 2016, the orders for durable goods have an increase of 4.9% and 3.9% for capital goods.

Manufacturing has contributed 12% to the U.S. economy while agriculture has only made a 4.8% contribution. Due to this massive contribution, the manufacturing sector in the U.S. can be considered as the ninth-largest economy in the world, if it has a nation of its own. Now, this is quite impressive!

2. For every dollar spent in manufacturing, these manufacturers made an addition of $1.89 to the economy.

Based on the NAM calculations using IMPLAN, this is considered as the greatest multiplier effect in the economy. This only proves how powerful the manufacturing industry is. Additionally, for every employee working in manufacturing, there are four workers hired in other places.

In connection with this, the Manufacturers Alliance for Productivity and Innovation also calculated that the entire multiplier effect of manufacturing for every dollar of value-added output is $3.60. This is based on the concept that one manufacturing employee can generate about 3.4 workers in other places.

Workers In The Manufacturing Firms 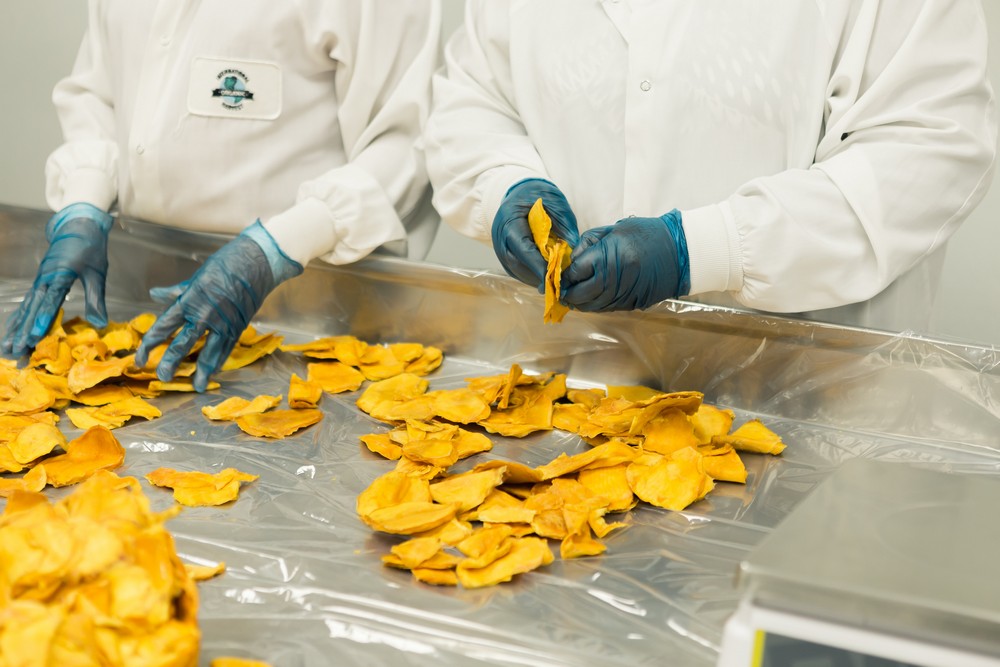 3. In the U.S., there are about 12.5 million employees who are working in the manufacturing industry.

4. The manufacturing worker in the United States has an annual average income of $82,023 dollars in 2016, comprising pay and benefits.

Whereas, for those who are working in the nonfarm industries, they earn an average annual income of  $64,609, according to the Bureau of Economic Analysis and Bureau of Labor Statistics. If we analyze the wages closely, we can see that the average earnings of a manufacturing worker are over $26.50 per hour. This is based on the latest figures and it does not include the benefits.

Do you know that those who are working in manufacturing are paid above the national average? Unfortunately, there are some people who think that workers in manufacturing have low wages and have little-to-no incentives. But this is in contrast with the truth. In fact, the manufacturing workers in Wisconsin earn an average pay of $54,000 per year. This amount is approximately $10,000 more compared to the national average. In the U.S., both the public and private groups have placed their concentration on manufacturing as well as the perks that it provides. Hence, we could likely see an increase in this figure in the future.

5. Workers in manufacturing firms have the highest percentage of eligibility for health benefits from their employers.

In 2015, 92% of manufacturing workers were qualified for health insurance benefits, according to the Kaiser Family Foundation. This is quite high compared to the 79% average for all companies.  Among those workers who are eligible, about 84% have joined in the plans of their employers, also known as the take-up rate. The two other sectors which have higher take-up rates are the government sector, which has 91% while those who are involved in communications, trade, and utilities have 85%.

6. Over the past decades, the manufacturing industry has grown tremendously, making them stronger and more competitive.

Additionally, since 1987, the hourly output of the employees who are working in the manufacturing industry has grown to over 2.5 times. Whereas, the productivity of the workers who belong to the nonfarm businesses have risen to approximately 1.7 times. A higher increase in productivity can be observed in the manufacture of durable goods. In fact, they have tripled their labor productivity, according to the Bureau of Labor Statistics.

The growth in productivity has greatly influenced the bottom line of the manufacturing sector. They were able to experience a decline of 8.4% on their unit labor costs after the end of the recession.  A huge decline can be seen in manufacturers of durable goods.

7. Approximately 3.5 million jobs will be required by the manufacturing sector over the next decade.

Additionally, it is anticipated that 2 million of these jobs will be unfilled because of insufficient skills. Furthermore, based on the latest report, 80% of manufacturers are experiencing a deficiency of applicants who can qualify for skilled positions in the production department, according to Deloitte and the Manufacturing Institute.

On average, the pay for the jobs provided by exports is 18% higher than the other jobs. According to the MAPI Foundation, based on the information provided by the Bureau of Economic Analysis, workers who are involved in trade industries have an average income of approximately $94,000. This amount is 56% more than the compensation earned by the workers in the manufacturing industry who were less involved in a trade.

9. Most manufacturing firms that exist in the United States are relatively small.

10. Nearly two-thirds of these manufacturing firms are formed as pass-through entities.

Based on the most recent data from the Internal Revenue Service, 65.6 percent of manufacturing firms are either S corporations or partnerships while the rest are C corporations. Keep in mind that this data does not incorporate sole proprietorships. If we include them, then the percentage for manufacturing firms with pass-through entities could increase to 83.4 percent. 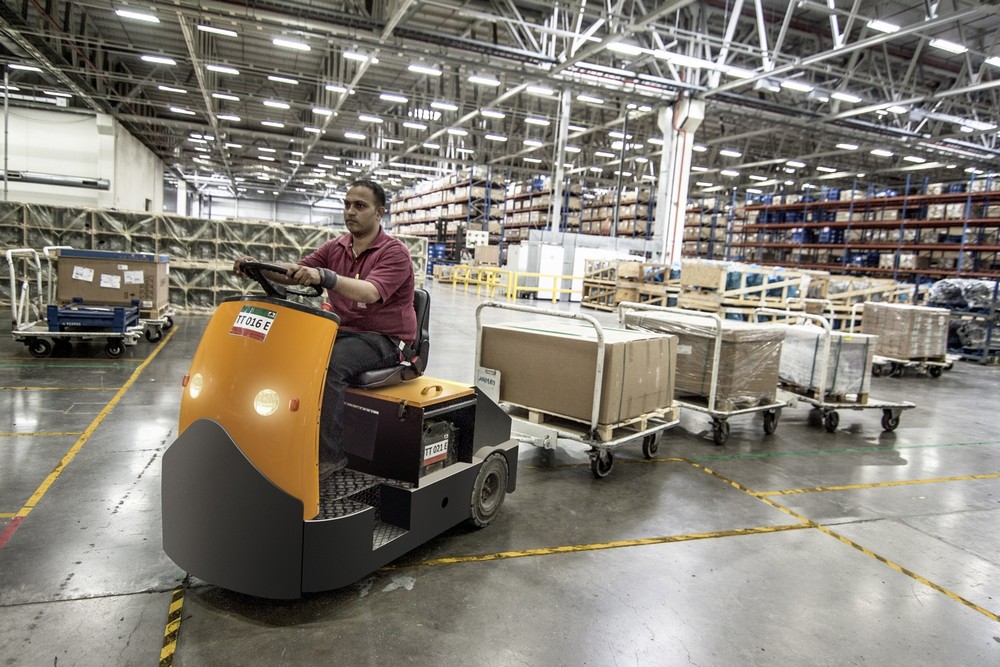 11. For the last 25 years, the export goods that are manufactured in the U.S. has increased four times.

12. Since 1990, the demand for manufactured goods for exports has increased extensively for its trading partners.

Three of its largest trading associates are Mexico, Canada, and China. Furthermore, free trade agreements played a significant role in opening new markets. In 2015, the manufacturing trade in the U.S. has a $12.7 billion excess with its trade agreement partners. But in other countries, there was a $639.6 billion shortage, according to the U.S. Commerce Department.

13. Almost 50% of the manufactured goods for exports were distributed to the countries that have free trade agreements (FTAs) with the U.S.

$634.6 billion worth of goods is being exported by the U.S. manufacturers to its FTA countries. This is equivalent to 48.2% of the overall goods, based on the data from the U.S. Commerce Department.

15. The United States is considered as the ninth-largest economy in the world based on its manufacturing industry.

In 2014, the value contributed to manufacturing is $2.1 trillion. According to the Bureau of Economic Analysis, International Monetary Fund, aside from the U.S., there are other seven countries that rank higher when it comes to their gross domestic product.

16. In 2016, the foreign direct investment in manufacturing has surpassed $1.5 trillion.

In 2006, the foreign direct investment is valued at $569.3 billion and after a decade it became $1,532.4 billion. According to the Bureau of Economic Analysis, this amount will continue to increase, considering the ventures that are about to develop online.

17. Over two million workers are being hired by manufacturing firms that are U.S. affiliates of foreign multinational businesses.

This is equivalent to one-sixth of the overall employment in the manufacturing sector. Based on the latest data from the Bureau of Economic Analysis, in 2012, the manufacturing sectors which has the highest employment rates from foreign multi-national companies come from chemicals, motor vehicles and parts industry, food, machinery, computer and electronic products, primary and fabricated metal products, as well as plastics and rubber products.

Considering the development of FDI that we have seen in 2012, most likely these figures will even get higher.

18. The manufacturing industry in the United States has surpassed the research and development (R&D) of the entire private-sector. 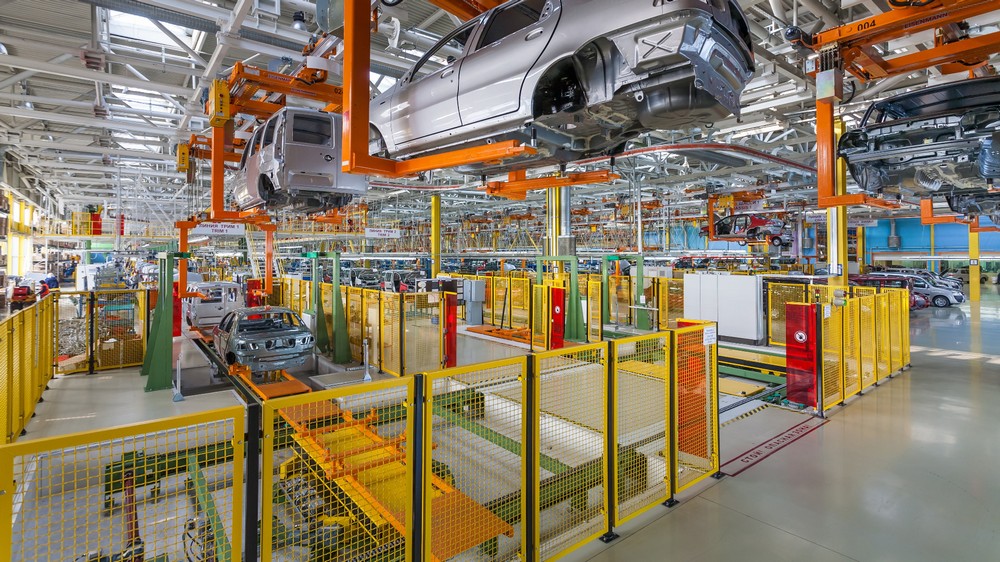 As a result, the manufacturers have experienced more innovation compared to the other sectors. In fact, their research and development have a tremendous increase. In 2000,  it amounted to $126.2 billion and in 2014, it reached $229.9 billion. Based on the latest data from the Bureau of Economic Analysis, the research and development for pharmaceuticals have spent $74.9 billion in 2014. This is equivalent to one-third of all the manufacturing industries. During the same year, there was also significant spending on the research and development of other industries such as motor vehicles and parts sector, computers and electronics industry, chemicals, as well as aerospace products.

19. 30% of the country’s energy consumption was used by manufacturing businesses.

According to the data from the U.S. Energy Information Administration, Annual Energy Outlook 2015, in 2014, the industrial sector has used 31.5 quadrillion Btu of energy. This is equivalent to 32% of the overall energy consumption.

Also, it is good to know that the manufacturing industry helps in promoting clean, renewable energy. A lot of companies are now searching for alternative power sources. For instance, solar panels, wind turbines, etc.

20. Manufacturers are spending more money on federal regulations, most especially, the smaller manufacturers.

On average, every manufacturer has to pay at least $19,564 for each worker in order to comply with federal regulations. On the other hand, all companies as a whole will only pay $9,991 for each employee. Additionally, the amount that the small companies have to pay is 2.5 times the amount being paid by the large companies. Small manufacturers are those that are having less than 50 workers.

With regard to the costs of environmental regulations, there is a 90% difference between manufacturers and other firms, based on the information from Crain and Crain (2014).