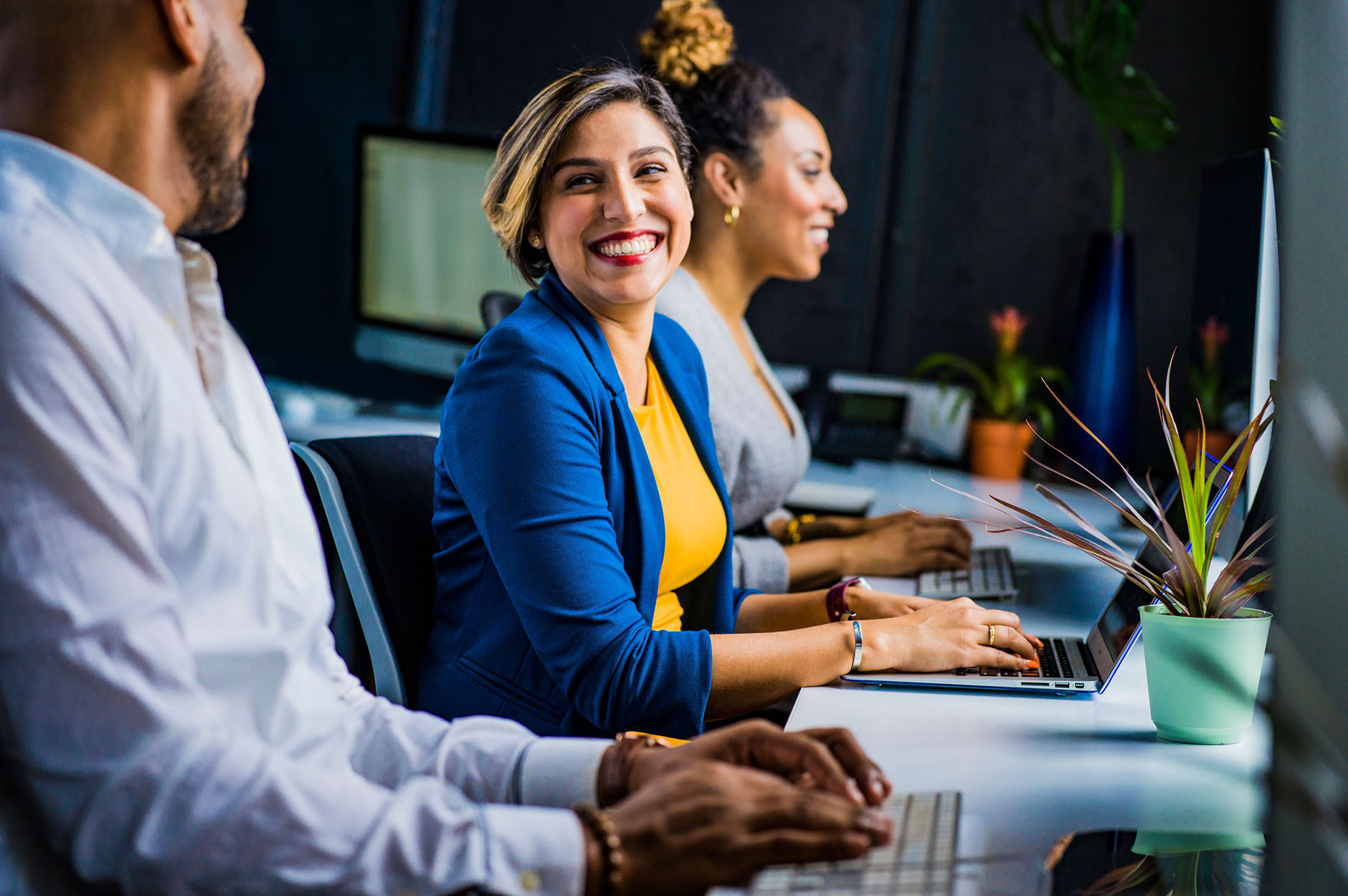 According to a survey, the computer industry today is dominated by men. In fact, 92% of software engineers are comprised of men. Several big tech companies revealed that they only have few female employees in the programming and technical field. So far, Google has the highest rates with 17% of female staff in its technical field.  But this is not what it used to be. Did you know that during the early days, computer programmers were mostly women? Back then, computer programming was considered as a women’s field and every girl desires to become part of this industry. In fact, the computing pioneers who created programs for the first digital computers were composed mostly of women including Ada Lovelace and Grace Hopper. This is an important part of history that most people are not aware of. Throughout the decades, more and more women choose to study computer science compared to men. However, in 1984, everything has changed.

When we think of computer programmers, we always imagined them to be the typical male computer geeks who are intelligent but unsociable. They spent sleepless nights creating computer programs. However, according to workplace researchers, the idea that the computer industry is dominated by male employees seems to be enduring. Because of this concept, hiring managers tend to choose male applicants over female applicants. Since women are less favored than men, the tendency is they won’t be able to pursue a career in the computer field since they would feel that they won’t fit in.

But it is quite surprising to know that during the early days, most of the computer programmers were women. During those days, the programming field was dominated by female programmers.

According to historian Nathan Ensmenger, during the late 1960s, most people believe that computer programming is a typical career for smart young women. A certain article in the Cosmopolitan Magazine entitled “The Computer Girls,” urged their female readers to consider a career in the programming field.  The magazine further explained that the programming field provides a better opportunity for women compared to any other type of professional careers.

In fact, Dr. Grace Hopper, a computer scientist, stated that programming was “just like planning a dinner. You have to plan ahead and schedule everything so that it’s ready when you need it…. Women are ‘naturals’ at computer programming.” This statement was confirmed by James Adams, the director of education for the Association for Computing Machinery. He said, “I don’t know of any other field, outside of teaching, where there’s as much opportunity for a woman.”

In Walter Isaacson’s new book entitled, “The Innovators: How a Group of Hackers, Geniuses and Geeks Created the Digital Revolution,” he featured the story of Ada Lovelace, the Countess of Lovelace, who was born in 1815.

According to Isaacson, “Ada Lovelace is Lord Byron’s child, and her mother, Lady Byron, did not want her to turn out to be like her father, a romantic poet. So Lady Byron had her tutored almost exclusively in mathematics as if that were an antidote to being poetic.”

When Lovelace was just 17, she had a meeting with Charles Babbage. He presented her with the design of a machine that can solve complex mathematical calculations. He wanted Lovelace to create a scholarly journal about his work. But Lovelace believed that this machine can do more aside from doing calculations.

Isaacson explained that Lovelace anticipated that “a computer can do anything that can be noted logically. Words, pictures, and music, not just numbers. She understands how you take an instruction set and load it into the machine, and she even does an example, which is programming Bernoulli numbers, an incredibly complicated sequence of numbers.”

Unfortunately, Babbage’s machine was never created. However, after a century, Babbage’s designs and Lovelace’s notes were used by the people who created the first computer. Nevertheless, the women who created the program for the first electronic computers do not know anything about Lovelace and Babbage.

Walter Isaacson says Grace Hopper, a math professor, and a Navy Reserve made a significant breakthrough when she discovered that there is a way to write programs in words instead of numbers. This programming language is known as COBOL.

Isaacson explained, “You would be using a programming language that would allow you almost to just give it instructions, almost in regular English, and it would compile it for whatever hardware it happened to be. So that made programming more important than the hardware, ’cause you could use it on any piece of hardware.”

In 1986, Hopper was invited on the David Letterman show. Letterman asked her, “You’re known as the Queen of Software. Is that right?” Hopper who was then 79 years old answered, “More or less.”

Coincidentally, it was also during this time that the number of women who majored in computer science started to drop, from 40% it suddenly dropped to 17%. There were several speculations on this. One of which is because this is also the time that Steve Jobs and Bill Gates started to appear. Moreover, personal computers were emerging.

It’s been several decades now, yet the women who started the computer revolution were frequently ignored. Yet, Isaacson made sure that they will always be remembered by mentioning them in his book about the history of the computer revolution. He says, “When they have been written out of the history, you don’t have great role models. But when you learn about the women who programmed ENIAC or Grace Hopper or Ada Lovelace … it happened to my daughter. She read about all these people when she was in high school, and she became a math and computer science geek.”

Lovelace, Grace Hopper, and all the other women who were involved in the ENIAC have all passed away. However, each time that you use your computer to write something, listen to music, watch a video, or do some calculations on your phone’s calculator, don’t forget that these tools might not have existed without these women.

Today, we are having a hard time believing that the programming field was dominated by women, as what was described in the Cosmopolitan article. But according to Ensmenger, change has already started to develop by the time that the article was published in 1967. Although it is a fact that the world’s very first programmers were women and that the programming field was still open to women even as the years passed by.

In fact, during the early 1940s, six female computer programmers were hired by the University of Pennsylvania. They were working on the world’s first electronic computers, which is the ENIAC machine. Later on, they were called the “ENIAC girls” by their peers. These six women programmers were given the task to set up the ENIAC machine so it will be able to accomplish certain computation tasks. Because of this, they became popularly known as the world’s first computer programmers.

However, even if the managers of ENIAC decided to hire female workers, it doesn’t mean that they favored women over men. Instead, the reason why ENIAC managers prefer female programmers is that they thought that programming is just a simple clerical job just like typing, filing or operating the telephone. They believe that the actual “brain work” is on the hardware section, that is why these managers allocated this responsibility to the male engineers.

The female programmers who worked in the ENIAC project were highly recognized for getting themselves involved in very complicated tasks and recommending hardware improvements to their male co-workers. For instance, Betty Holbertson tried to persuade these cynical male engineers to incorporate a “stop instruction” in their design as a protection against any human mistakes.

The Evolution of Male Computer Programmers

Despite the inspiring “Computer Girls” article from Cosmopolitan which was published in 1967, the programming field has been slowly masculinized. Male computer programmers started to dominate the programming field. They encourage men to pursue programming careers and discouraged employers from hiring women programmers. Moreover, the computer industry presented ad campaigns which depicted that women employees are more prone to mistakes and incompetence.

Additionally, new hiring methods were implemented so women will have a hard time entering the programming field. In order to identify which individuals are competent to become computer programmers, employers let the applicants take aptitude tests. The results of these tests will be the basis for their hiring decisions. These tests consist mostly of mathematical puzzle problems, which are more favorable to men who had taken math classes in school. Additionally, the answers to these tests can be availed by men who were members of all-male groups including college fraternities and Elks lodges.

Another type of test which was more inclined to male applicants is the personality profile. According to Ensmenger, this test focused more on preferential questions. The goal here is to recognize who among these applicants are fit to become computer programmers. According to test developers, the characteristics of a typical computers programmer is just similar to other white-collar professionals. However, the difference is that programmers are less interested in people. They don’t even like to join activities which require them to have a close interaction with other people.  In fact, according to Ensmenger, this is the reason why male programmers of today are known as anti-social computer geeks.

The Computer Programmers of Today

Presently, computer programmers are mostly made of male anti-social computer geeks and this is what people continue to believe. If this concept will endure then the programming field will likely be dominated by men, says Ensmenger.

Even though the idea that programmers are anti-social began in the 1960s, it is still apparent right now. Employers choose their new employees based on their existing criteria. Young smart people of today choose their careers according to what they think would be appropriate for them. In 1985, 37% of women studied computer science, but currently, there were only 18%.

The reason why Ensmenger revealed the history of women programmers is that he wants everyone to recognize the important contribution of women in the computing field. Moreover, he is wondering why the programming field is mostly composed of men. According to Ensmenger, the standardization of ad campaigns and hiring practices had an enormous impact on the masculinization of the computing industry. He further suggests that the only way that this trend can be reversed is to make the programming field and other computer careers available to women.

Why is there a drop in the number of women studying computer science?

There is a certain theory that the drop in the number of women involved in computing technology started when personal computers began to show up. During the 1980s, personal computers were used as toys and their efficiency was limited. It is utilized for playing games rather than as a word processor. Additionally, these computers were favored for boys as what can be seen in the advertisement for “80’s Radio Shack Color Computer Commercial”. These TV commercials show that computers were intended as “boys’ toys”.

Since these commercials were never targeted for women, they started to disengage themselves. The more people see these type of commercials, the more they will make some connections. For instance, computers are for boys while dolls are for girls.

There were also a lot of films which depicted computer programmers as smart young men. For instance,  War Games (1983), Revenge of the Nerds (1984), Hackers (1995) and The Social Network (2010). Whether or not the hacker is characterized as a villain or a hero, it is less likely that it will be portrayed by women.